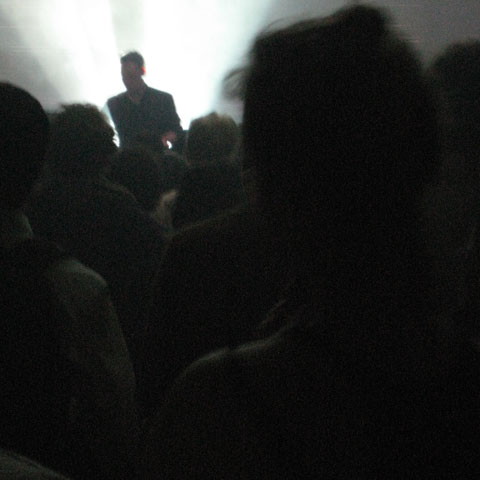 Club Trouw Amsterdam has special acoustics. It’s a former printer works for newspapers. It is a big space with zero resonance. It appears to be a great location for electronic music. Thursday 19 April there were performances by Marc Bain and Alva Noto. Bot did incredible things with their sounds in the  hall. Marc Bain was even able to interrupt the voices of the audiance. (In the Netherlands people seem to go to concerts to meet friends and talk a lot.) He sliced the audiences sound in little pieces, like  a stroboscopic effect.

Alva Noto played a ruthless set with great visuals. The sounds were crystal clear and sharp. I’ve several of his records, but never heard his sound so good.

The night was organised witt the Stedelijk Museum.